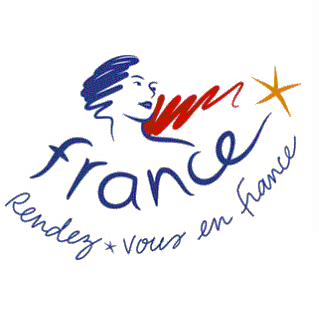 Digital Expropriation? The Case of France.com

Merriam Webster defines expropriation as “the action of the state in taking or modifying the property rights of an individual in the exercise of its sovereignty.”[1] The Third Restatement of Foreign Relations Law of the US states that

A state is responsible under international law for injury resulting from:

(a) is not for a public purpose, or

(b) is discriminatory, or

(c) is not accompanied by provision for just compensation;

For compensation to be just under this Subsection, it must, in the absence of exceptional circumstances, be in an amount equivalent to the value of the property taken and be paid at the time of taking, or within a reasonable time thereafter with interest from the date of taking, and in a form economically usable by the foreign national.[2]

What are the implications of this in cyberspace? In late April 2018, news broke that an American citizen born in France is suing the French government for “cyber-squatting” and “reverse domain-name hijacking”.[3] This case stems from Jean-Noël Frydman’s ownership of the France.com domain name since 1994, which he claims France illegally seized from him. Frydman had used this domain as an online portal for American Francophiles and worked with French diplomats in the US and the French Foreign Ministry, claiming the French government named him a “leader in the tourism industry.”

Frydman lost control of France.com in March 2018, when the domain name’s registrar, Web.com, transferred France.com to the French Foreign Ministry. This was the result of a lawsuit in France where the French government sought to take control of France.com, succeeding in 2017 when an appeals court ruled that this domain name was in violation of French trademark law.[4] Now, Frydman is suing the French Foreign Minister, France, and an official tourism site, in a federal lawsuit in Virginia. He wishes to recover France.com and claims that he was not notified by the French government or the domain registrar that he would lose this domain name.[5] Complicating matters, France.com has now been shifted the French registrar OVH from the American Web.com.[6] Web.com, when questioned by The Verge, did not reply as to its policy on court ordered transfers.[7] Indeed, Frydman claims to be one of Web.com’s first customers, which shows that securing one’s property interests in a domain name can be impossible to guarantee.[8]

Such governmental action is not without precedent in the EU. Indeed, as part of its efforts to stifle Catalan separatism, the Spanish Police raided the offices of the administrators of the .cat domain, seizing its computers.[9] Somewhat ironically given that France has now emulated Spain, in January 2018, the UK and France “said they would ‘make sure users can access websites without internet service providers favoring or blocking particular sites.’”[10] However, other countries have not behaved this way yet towards such domains. USA.com, Canada.com, and Germany.com remain privately operated and Japan.com is based in Hong Kong, and like France.com, is a tourist site.[11]

Before going into the present US federal lawsuit, some historical background is needed. Frydman retained the services of Harvard Law School’s Cyberlaw Clinic, who, exactly two years ago, wrote to Web.com to demand that they unlock France.com. Web.com had locked it without being ordered to do so.[12] In September 2017, the Court of Appeals of Paris confirmed that Frydman has to transfer France.com to the French state.[13] In November 2017, counsel for France wrote to Network Solution LLC informing them of the court’s order to transfer France.com to France from Frydman.[14] All of this goes to show that Frydman has been actively defending himself from the French government’s expropriation of his domain name, and has retained representation both in the US and France.

Given that Frydman has maintained a travel website for over twenty years on France.com, and even cooperated with the French government, he was never a cybersquatter. Therefore, this would fail as an actionable allegation under ICANN’s Uniform Domain-Name Dispute-Resolution Policy.[15], [16] It's quite clear that Frydman had a legitimate tourism business on France.com, and according to the US federal lawsuit, the French government did not make an effort to buy or license the domain.[17]

Frydman sees what happened to him as an expropriation.[18] He filed a complaint with the US District Court of the Eastern District of Virginia on April 19, 2018. The Plaintiff is France.com, Inc. and the defendants are the French Republic, Atout France, the Ministry for Europe and Foreign Affairs, Minister Jean-Yves Le Drian, france.com, and Verisign, Inc.[19] Frydman aim in this case is to get France.com back, as well as to be awarded damages. There are over 27,000 domain names that begin with the word “France,” according to Blackstone Law Group’s proprietary software, OMNI.

*Daniel Schwalbe (Fordham Law School, Class of 2019) is a research associate at Blackstone Law Group. He is interested in cybersecurity and IP law.